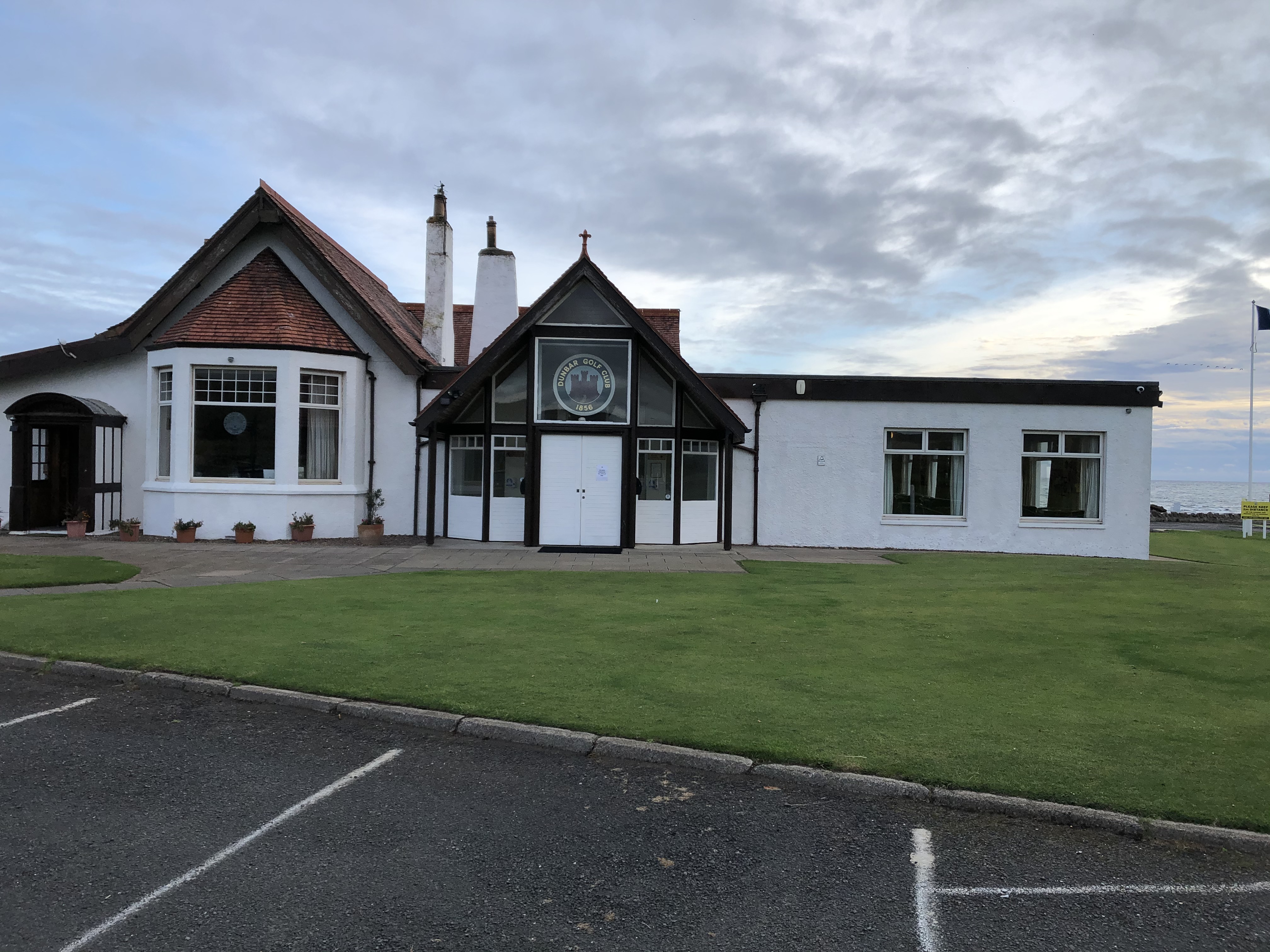 Dunbar is one of the very best links golf courses in Scotland. The current location for the course was first established in 1856 making it one of the oldest clubs in Scotland.

In fact it is the 16th oldest golf course and club in the world. Over time Old Tom Morris, James Braid and Ben Sayers all had a hand in designing and shaping this wonderful course.

However golf has been played in the area for over 400 years so there is a long history of the game in and around Dunbar.

A number of championships have been held on the course both for the pros and amateurs. For example it has hosted Final Open Qualifying, The British Ladies, Scottish PGA Championship as well as the Scottish Boys.

I was lucky enough to play the course regularly in the 1980s and 90s with my great friend and local top player Laurence Gray.

Amongst other well-known members from around that time were the respected golf writer John Huggan as well as John Grant who has been the Director of Golf at St Andrews Links for a number of years.

Dunbar also boasts one of the longest serving European Tour players David Drysdale who has now played in over 500 events.

Dunbar or The East Links as it is known is located on the coast in East Lothian 30 miles east of Edinburgh and it is close to other great links courses such as Muirfield, Gullane, North Berwick, Luffness New and Kilspindie.

The area is well served with excellent sightseeing such as the John Muir Country Park, Belhaven Brewery and the Glenkinchie Distillery is not too far away. Scotland’s National Museum of Flight is also close at hand.

Dunbar should be on everyone’s itinerary and you will be delighted with the authentic links experience you will find when playing this, one of Scotland’s top golf courses.